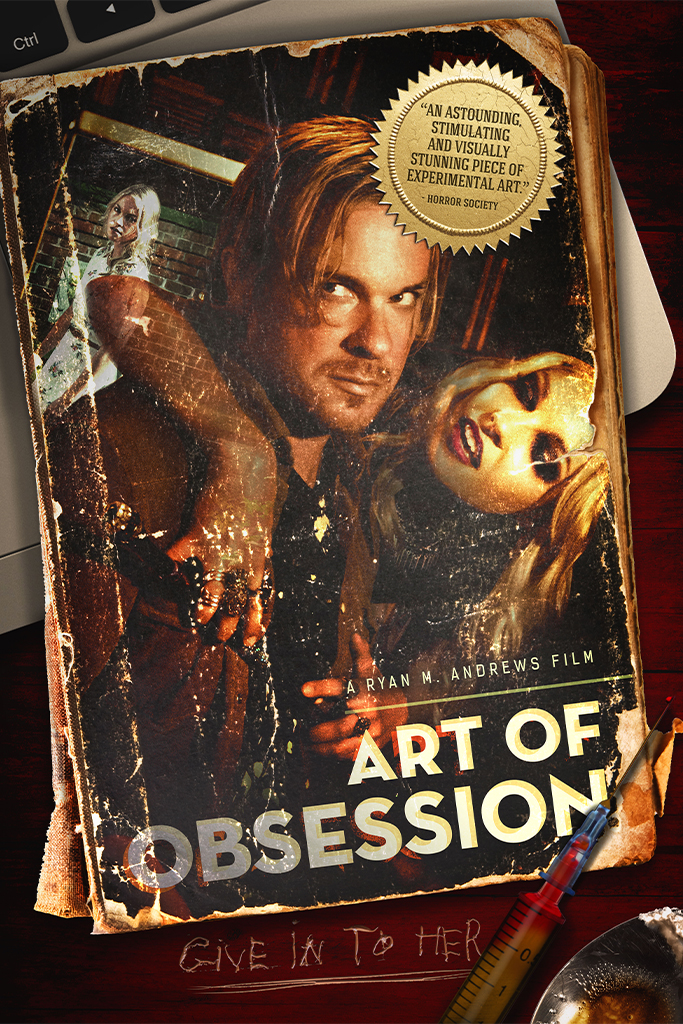 After losing his family in a car accident and seeing his latest work bomb, famous novelist, Kennedy Sait, becomes a recluse and turns to drugs and alcohol to numb the pain he feels. Struggling to make it through day to day, Kennedy’s life is turned around after meeting his neighbor’s new wife, Patricia. Infatuated with her, she becomes his “muse” and she not only inspires him to create again, but she also inspires him to live again. But his infatuation with her, becomes a dangerous obsession. And so he doesn’t lose Patricia, he kidnaps her and keeps her prisoner in his attic. Police comb the neighborhood, hoping to find a trace of the missing woman, never knowing that she is right under their noses the whole time. Patricia tries keeping a level head and is always looking for a way to escape, though she fears she may never break free of her capture as Kennedy’s grasp on reality continues on a frightening downward spiral.

The Art of Obession Productions